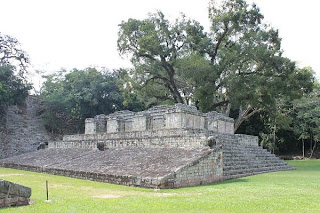 The settlement at Copan is located not far from the borders of Honduras and Guatemala and is believed to exhibit the some of the most amazing ruins of the Mayan occupied territories. Copan achieved its greatest standing during the 5th century under the ruler the Great Lord Quetzal Macaw. The Great Lord was named after two of the most prominent birds in the area and he left a legacy of a settlement that thrived until the 12th century.

What distinguishes Copan from the other pre-Columbian ruins is that the people were not forced to leave by the Spanish. In fact, they appear to have moved before their arrival, at least two years prior to the conquistadors.

Replica of Rosalila Temple
If you happen to travel to the site, it takes several days to walk around the ruins. There are numerous royal homes, servants quarters, religious areas, and middle class dwellings around the site. There is, however, something that lies beneath, buried by the Maya and incredibly well preserved. Under the ground lies the 6th century Rosalila Temple, with the original layers of intricate paint and design.

Like many other pre-Columbian civilizations, there are temples above the ground decorated with carved human faces. The faces are both frightening and humorous, some also taking the form of animals and birds.

Today, the macaws of Copan still inhabitat the ruins, flying around the ancient temples and ruined buildings. Sadly, however, the quetzal is rarely seen due to its endangered status. 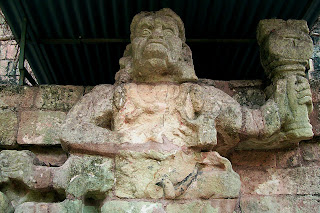 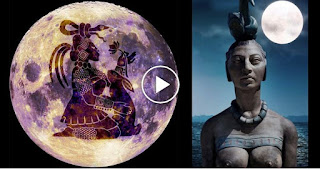