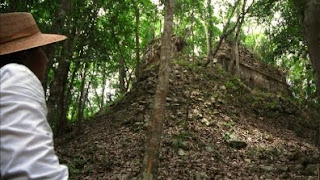 Mexican experts have discovered seven new Mayan archaeological sites and an "important concentration" of pre-Columbian graves in the southeastern state of Yucatan, the National Institute of Anthropology and History, or INAH, said.

The vestiges, which include architectural structures, ceramic pieces, lithic fragments and human burial sites, were found in the rural community of Sitpach, five kilometers (three miles) east of Merida, the state capital.

The pieces date back to the Maya's Late Preclassic period (400 B.C.-200 A.D.), which "changes the previous chronology for this Maya region" in that area of the country, INAH said in a statement.

The finds were the result of a project to protect the archaeological heritage that lies in the subsoil on Merida's outskirts, the statement said.

According to INAH, Oxmul is an especially important archaeological site where 75 pre-Columbian graves were found containing the remains of Indians buried with polychromatic vessels and other ceramic pieces "never before seen in this Maya region."

Archaeologist Luis Raul Pantoja Diaz, coordinator of the Merida Region Archaeological Project, said in a statement that these finds of "earlier, well-organized populations with an elaborate social stratification" have altered the previous chronology of the ancient Maya culture.

For example, archaeologists have corroborated their hypothesis that Yucatan's northern region had been populated as far back as 400 B.C. - rather than only starting in the Classic period (200 A.D.-600 A.D.) as had been previously believed.

"These are areas of the municipality of Merida that were thought not to have been populated by such remote pre-Columbian groups because these are lands that weren't productive," Pantoja said.

Pantoja said archaeologists have found architectural structures made from materials that show evidence of "intense social and economic development."

"We now know that in the space where Merida now sits there's an early architecture, ceramic pieces, lithic fragments and human graves, basic elements that will serve to complete the history of this region of northern Yucatan," he said.

The specialist said that thanks to the Merida Region Archaeological Project researchers have explored "more than 15 sites located on the outskirts of the city, where the INAH thus far has registered 29 points with archaeological vestiges; meanwhile, there are 170 sites registered in the entire municipality of Merida."

All of the archaeological material recovered from the excavations will remain at INAH's offices in the Yucatan, where it will be analyzed by specialists in archaeology, restoration and physical anthropology to determine its precise age. 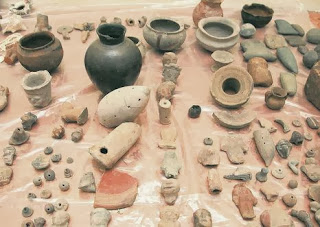